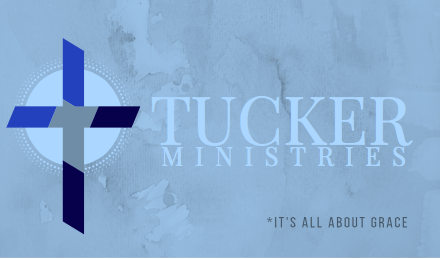 Over the years I have made many mistakes. While I am my own worst critic and know that some things were mistakes, others I hadn’t even taken notice of.
If you have lived on this earth long enough, and survived the various stages of growing up, then you too have made mistakes you wish you could forget.

As a teenager I didn’t “apply myself” as many of my teachers stated on my report cards. A mistake in later years, as I struggled to learn things as an adult I could have learned when my brain was “much younger”.

As a young woman entering the dating scene I made mistakes with who I allowed into my life. Realizing that they did not genuinely care about me, I suffered emotional and physical pain as a result.
As a young wife and mother, I made mistakes as I learned how to take care of my baby daughter. Thankfully these mistakes didn’t cause harm to my precious girl. I made mistakes as a wife, putting self ahead of my spouse, and suffered the demise of a marriage that ended in divorce.
As a single mom, the list of “mistakes” I made was seemingly endless as I tried to be both mother and father to my little girl…

Guaranteed, when you make a mistake there will always be someone who will point it out. Someone will see you trip and fall flat on your face. Just like being in the cafeteria as a student and dropping the tray; all it takes is to do it once, and you are remembered for that fall. No one remembers you walked through that cafeteria a thousand times without tripping.

Mistakes, sins, or whatever you want to call them, we hate the embarrassment of them. We want people to see us without flaws, but the truth is we ALL have them. Some of us are just better at covering them up.

Recently while visiting a church in Northern Ontario, the pastor brought out a white board so that the bible study participants could make note of points made in class; one of those crazy weird modern versions of chalk boards we “oldies” used to use in school.
They use a marker specifically designed to be erasable. No matter what you write on the board you just swooshed it all off, in one clean sweep.

But the pastor, not realizing a permanent marker had been put in the tray, grabbed it to write down some points that would be discussed in class. Not liking the fine point of the marker, he grabbed a thicker one,= and wrote over top to make it more visible. Then he realized he had spelled one of the words on the board wrong. He went to wipe the board and what do you think happened? He realized his mistake had been written permanently on the board. Now EVERYONE would see the mistake. Just one word was wrong on the entire board but that was all anyone would see.

Thankfully, someone in the class said, that’s okay, there is a magic eraser and it will remove the misspelled word in permanent marker. In just a few swipes of the magic eraser sponge, the evidence of his spelling mistake was removed. The white board was even whiter than before.

The bible says in Psalms 139:23 ”Search me, God, and know my heart; test me and know my anxious thoughts.”

Do you have anxious thoughts when you make mistakes? I know I do.

If we confess our sins, our mistakes, to Jesus and receive His forgiveness, He has promised to forgive us and make us like new creatures, even better than before.

That being the case, Scripture tells us that God buries our sins in the depths of the sea. There is one place where we know the ocean is 7 miles deep. That’s 7 miles of salt water covering your sin and God posts a sign that read, “No Fishing Allowed.”

He also tells us that He removes that sin as far from us as the East is from the West. If you travel due North you will eventually come to the North Pole. When you stand at the North Pole, every direction is South. In that way, North meets South. But if you travel due East, you can travel East throughout all eternity and never meet West. And you will never meet your sin again.

I am thankful for the God of Heaven who loves me so much that He came and died for me, sinful human being that I am, with all my flaws, failures and mistakes.

The magic eraser that was used to wipe the board clean is nowhere near as powerful as the blood of Christ.

If other people see your mistakes and point them out to you, remember that the enemy is always seeking to destroy those who love God. And I encourage you to block your ears from those attacks and turn to God for comfort from the pain that it may have caused.

But the best news is that God says, “I will remember their sins no more.” So if God can’t remember it, of what value is it? If you were to confess one of those mistakes again to God right now, He would say to you, “My child, I’d love to help you but I haven’t a clue in the Universe what you are talking about. I do not remember any such sin.”

I submit to you that if God cannot remember it, no one else need know of it.

Now isn’t that better than a magic eraser?